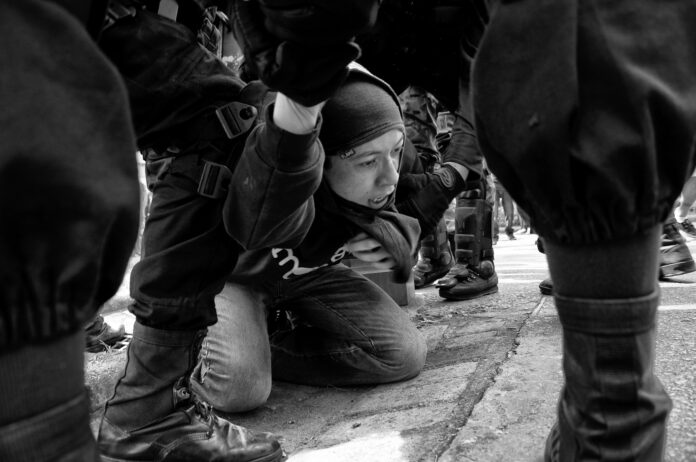 The upsurge of violence in Brazil has created concern among some sectors of the state, popular organized civil society, and the international community. The different forms of violence that permeate daily life in areas of conflict in the countryside and in the city have been significant in the history of poor people—the working class.

For this class, violence takes place as a “response” to their different struggles, motivated by the denial of economic, territorial, cultural, racial, generational, political, and gender issues, and by the lack of recognition of the right to social organization to fight for other rights.

The acts of violence against the Black population, landless people, Indigenous people, river dwellers, squatters, quilombolas, women, religious people, union and political leaders have a particularly strong impact. Not by chance, it is upon these collective subjects that violence reigns. Leonilde de Medeiros, analyzing the struggle for agrarian reform and the violence of the large landowners, points out:

“To cut down a leader is also to try to destroy a long process of preparation, of education, of production of new perceptions, generated inside the movements themselves. Therefore, this violence does not affect one person in particular, instead it effects a symbol of resistance itself, and the voice that brings a mobilizing utopia.”

The serious threat to democratic values for the integrity and peace of Brazilian citizens is worrisome and unacceptable to political institutions and public freedoms. According to the report by Coletivo RPU Brasil – 2022, Brazil remains one of the most dangerous countries for transgender people as well as human rights defenders, in particular environmental activists, around the world.

Over the years, the violence has been denounced by various sectors of society. The data on conflicts in the countryside, organized by the Pastoral Land Commission (CPT), has been an important mirror for denouncing and analyzing the violence present in the struggle for land and territory. In the year 2021, 1,768 conflicts occurred in the countryside, motivated by land, water, and labor disputes; among the registered conflicts, Indigenous people and quilombolas are the most affected.

According to data published in the Conflict Notebook 2021, last year there was a 75% increase in the number of murders in rural conflicts in Brazil. The number of deaths resulting from conflicts increased 1,100%. The spotlight is on the Amazon region, which historically records the highest number of conflicts and murders in the countryside.

The growing violence against Indigenous peoples followed by repression, threats and deaths has also been a cause for concern, such as the recent case of the shooting death of Márcio Moreira on July 14, which occurred when five Indigenous people of the Guarani Kaiowá people were ambushed in the city of Amambai (MS). According to the latest report made available by the Indigenous Missionary Council (Cimi), the state of Mato Grosso do Sul recording the highest number of deaths in 2019. Out of a total of 113 homicides, 40 occurred in this state. According to Atlas of Violence 2021, between 2009 and 2019, in absolute numbers, 2,074 Indigenous people were killed.

In the urban space, violence against black people is aggravated by structural racism—in 2019, black people represented 76% of homicide victims. Based on a survey by the Instituto Sou da Paz, between 2012 and 2019, the death rate of young Black people was 6.5 times higher than the national rate.

As for gender violence, in a comparison among 83 countries, Brazil has an average rate of 4.8 murders per 100,000 women, ranked 5th in the world for femicides, according to the United Nations High Commissioner for Human Rights (UNHCHR). Research also shows that Black women are the primary victims of violence in Brazil. According to the Atlas of Violence 2021, 66% of the women murdered in Brazil in 2019 were Black.

The violence against the LGBTQI+ population has also increased, according to a survey by the “Observatory of Deaths and Violence against LGBQTI+, approximately 316 LGBTQI+ people (Lesbian, Gay, Bisexual, Transgender, Intersex and others) were killed in Brazil in 2021. The Transgender Europe World Report points out that of 325 murders of transgender people in 71 countries in the years 2016 and 2017, a total of 52%, 171 cases, occurred in Brazil.

We also cannot forget the massacres in Candelária, Carandirú, Corumbiara, Eldorado dos Carajás, and Jacarezinho, among others. In the countryside, the CPT has counted, up to the year 2021, 57 massacres in 11 Brazilian states. In the urban space between 2021 and 2022, 40 massacres occurred in Rio de Janeiro, including recently in the Complexo do Alemão slum on July 22.

This data elucidates the depth of the various forms of violence that permeate the struggle for the right to exist and for dignified living conditions in the countryside and in the city.

In relation to the role of the Brazilian state in aggravating violence, recent facts indicate that its actions go against human dignity. Minayo and Souza clarify that:

“Supporters of the repressive force of the state, dithering on the complex causes of violence, reduce their conception of this phenomenon to delinquency and tend to interpret it as the fruit of the pathological conduct of individuals. At the same time, they absolutize the authoritarian role of the State in the socioeconomic development of societies. The ideas of these intellectuals coincide with common sense, which advocates repressive force as a condition for ´order and progress´.”

The recent events, promoted by the Brazilian government which incites violence anchored in the false discourse of order and progress, is a clear example and an attack against the democratic rule of law. In this sense, it is worth pointing out the function of violence as an emblematic instrument of economic and political domination over social groups in their different working class constitutions. And it is rooted in different sectors of society that perpetuate this violence.

“In relation to the role of the Brazilian state in aggravating violence, recent facts indicate that its actions go against human dignity”

Violence extends to the electoral process in Brazil, such as violence against Brazilian citizens in their exercise of free choice of democratic political representation, as in the case of the murder of Marcelo Arruda. Consequently, against candidates or pre-candidates and representatives of elective positions, it is important to highlight the murder of Marielle Franco. This violence makes the strengthening of a democratic project in the country conquered through organized collective struggles impossible. The brutality makes freedoms assured by the pillars of democracy unviable, resulting in more deaths, persecution, threats, and intimidation.

The recurrent violence in Brazil is the fruit of inequality, fostered by authoritarianism, exclusion, and abandonment that permeates the dimensions of race, class, and gender. Violence is also used against the struggle for human rights. This reflection mobilizes us to consider the cause and perpetuation of violence opposing the historical struggle of the people.