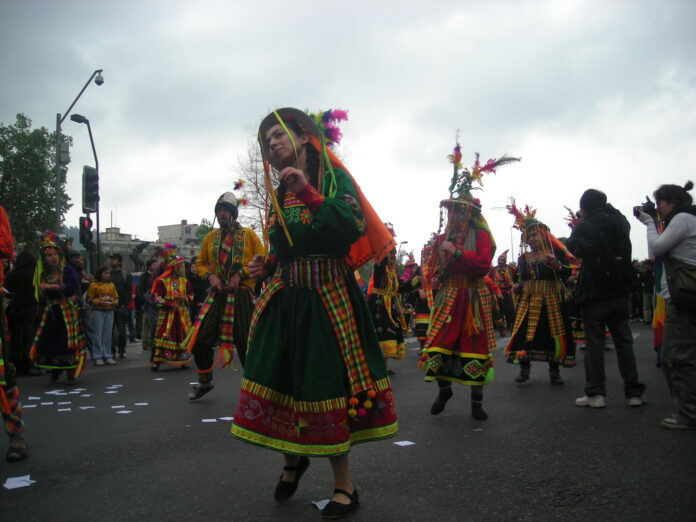 Between October 1989 and October 1992, the Americas were the scene of a unique and unprecedented social manifestation that would mark organizational processes and the struggle of the oppressed to the present day: the Continental Campaign 500 Years of Indigenous, Black and Popular Resistance, promoted within the framework of the half millennium since the beginning of the European invasion of our lands.

Apart from having been promoted by indigenous and peasant organizations with strong national roots, but without any affiliation at the international level (i.e., novices in this field), the novelty of this campaign lay in its conception, whose central premise was: “unity in diversity”, which managed to open spaces of confluence – both at the national and continental level – of different social sectors.  And this, in times of waning, dispersed efforts and confusion due to the disintegrating impact of neoliberal policies on organizational processes and when the sense of helplessness had begun to spread in many organizations after the fall of the Berlin Wall.

The Campaign was initially promoted by indigenous and peasant organizations of the Andean Region and the Landless Workers’ Movement (MST) of Brazil, which had begun a process of rapprochement following a regional workshop on education and communication in 1987, in which, among other resolutions, it was agreed to promote a regional coordination mechanism and to convene a second meeting in Colombia, this time at the Latin American level.  In the course of the preparations, when weighing up the implications of the call to celebrate the “Meeting of two worlds” on the occasion of the 5th Centenary that the governments of Ibero-America were formulating at the time, it was agreed to convert the event into a platform for launching a continental campaign around the 500 Years.  Its purpose: to turn “the 5th Centenary of the Spanish conquest… into the beginning of the self-discovery of our America and a motive for strengthening the unity of the oppressed”.

Starting was not easy.  When the campaign was launched in Bogota, for most of the organizations present it was the first time that they had sat at the same table to share criteria, proposals, approaches, etc.  Therefore, it did not take long for differences to emerge and with them doubts, fears, mistrust and, of course, tensions.  After all, beyond any voluntarism, everyone present had their own particular traditions of struggle, organizational forms, methodologies and styles of work, platforms of demands, focuses, etc.  However, a compromise agreement prevailed: “to open the road as we march”.

“Its purpose: to turn “the 5th Centenary of the Spanish conquest… into the beginning of the self-discovery of our America and a motive for strengthening the unity of the oppressed”

By promoting broad debate and mobilizations of diverse modalities and scope, this  march managed to annul the festive character that the government of Spain and its peers in the continent wanted to give to the 5th Centenary.  Moreover, due to its dynamics, it managed to transcend the campaign itself and become a crucible for the emergence of sector coordination and interconnections, opening cracks towards the future as it later unfolded into initiatives of coordination of indigenous peoples, the convergence of Afro-American organizations, the foundation of the Latin American Coordination of Rural Organizations (CLOC-Via Campesina) and the Assembly of the People of God, the reactivation of the Continental Front of Communal Organizations (FCOC), among others.

It should be noted that the most dynamic groups were from the most excluded social sectors: indigenous peoples, Afro-Americans, peasants, urban groups, women, etc., who not only developed new forms and methods of organization and expression, but also put forward new demands, with a common denominator: the aspiration for participatory and deliberative democracy – both in the internal life of the organizations and of society as a whole – as an antithesis to the social exclusion generated by the neoliberal model.  And in this perspective, the challenge of building a “broad, pluralist, multiethnic, plurinational, pluricultural, anti-colonial, anti-imperialist, solidarity-based, self-managing, democratic movement against all forms of exploitation, oppression, racism and discrimination” was also raised.

The reason for the 500 Years Campaign to assume the premise of “unity in diversity” was the presence of the indigenous organizations and their concerns about the meaning and character of the alliances, to the extent that their problems demanded going beyond an exclusively class-based reading, to incorporate the ethnic dimension.  And, obviously, this premise was also enriched along the way.

In practical terms, this translated into the way in which the operational process was orchestrated: broad-based national committees, which coordinated by regions to nominate their delegates to the continental coordinating body, having an operational secretariat as liaison point and to facilitate the exchange of information.  Behind this configuration, there was the criterion that the Campaign should be above all a space of confluence of the various social sectors involved and that each of these could promote initiatives as they wished.

That is, an affirmation of the autonomy of each sector and organization, since in order to do something it was not necessary to ask anyone’s permission, the only thing that mattered was the need to coordinate efforts in order to have greater impact.  Moreover, it was not considered to be the only campaign, on the contrary, it was assumed that the important thing was that the greatest number of social sectors should take position on the 500 years, either inside or outside the campaign, since in this way the indifference to the issues it posed would be overcome.

“there was the criterion that the Campaign should be above all a space of confluence of the various social sectors involved and that each of these could promote initiatives as they wished.”

Thus, by affirming diversity (refusing to impose a single perspective), the aim was also to prevent the mobilization around the 500 years from becoming scattered and inconsequential.  In other words, the implicit approach was to value diversity while fortifying unity.  However, the formula had a prerequisite: respect for difference.  And this is, undoubtedly, one of the most important challenges that the Campaign posed to its protagonists.

It should be borne in mind that a large part of the social movements had been schooled in a certain tradition of the left marked by intolerance of difference, under which parameters, difference was seen as a tragedy.  For the same reason, to speak of “unity in diversity” in itself implies a break with that tradition.

It is also worth remembering that in many social organizations the “indigenous question” was taboo and even stigmatized, as it was considered to be an issue manipulated by imperialism to divide the popular sectors.  And indeed many examples served to corroborate this assessment, as in the case of the way in which Ronald Reagan’s government used the Miskitos in Nicaragua to put pressure on the Sandinistas, only to leave them to their fate when they lost their instrumental significance.  And there is no doubt that the campaign contributed to the recognition and legitimacy of the indigenous peoples’ demands, which by then were beginning to emerge with force in various countries.

Unlike other continental initiatives that were underway at the time, such as those against the foreign debt, for example, what allowed the Campaign to gain strength, beyond its historical motivation, among other factors, was the fact that it was born with social leadership (generally in the face of the indifference, if not suspicion, of the political parties) and took root in national processes, hand in hand with the indigenous awakening that took place in several countries in the region, as in the case of the Indigenous Uprising in Ecuador in June 1990.

Thus, the continental and regional aspects were more an expression of the dynamics and convergence (in many cases unprecedented) that the national committees had managed to build, and not the other way around. We could say that it was a pioneering response from the popular field to the phenomenon of globalization, since it allowed the interweaving of local actions with global ones, counteracting the localism that neoliberalism tried to impose on social demands; at the same time it generated a significant movement of international solidarity, etc.  And this, when the means of distance communication were precarious and very expensive, except for postal mail. While the Campaign was also a pioneer in the use of digital communication, which in some countries was in its infancy, the times of the Internet would come years later.

But in addition to the actions deployed, the important thing is that this process made it possible, to a large extent,  to lift the barriers that had been put in place, both between social sectors and between countries.  That is, to articulate a space where the different movements came together to exchange initiatives and experiences, make denunciations, expose their points of view, generate solidarity, and at the same time to collectively define thematic axes that would lead to joint struggles.  That is to say, it was not a proposal to centralize organizations, but to unify axes of struggle.

In other words, it was an initiative that sought responses to the need to break the isolation and dispersion in which social movements debate; to the need to overcome the fleeting and precarious relationships that exist between organizations at regional and continental levels; to the need for effective solidarity with specific struggles; to the need to have a voice of their own in international affairs and spaces; and to this end, it emphasized dynamics and mechanisms, rather than schemes and structures.

The three years of duration of the campaign, at the national, regional and continental levels, included innumerable meetings, a series of events, visits, exchanges of experiences and points of view, etc. that allowed new bonds of solidarity to be woven, not only in terms of greater support and active accompaniment of their respective struggles, but also as participants in a common struggle.  It could be said that the 1st Meeting in Bogota was a meeting of acronyms that almost nobody knew or could decipher, but two years later in Xelaju (Guatemala) there were already basic factors of common identity and with results achieved through this common action, in order to propose perspectives for a continental movement in the 3rd Meeting in Managua.

In brief, this Campaign became a kind of great trench that made it possible to resist and try to move forward with organizational processes, no longer only in the face of national parameters, but now also in the continental and even global terrain, as evidenced by the fact that, in the meantime, it won the 1991 Alternative Nobel Prize for the Landless Workers’ Movement (MST) of Brazil and the 1992 Nobel Peace Prize for the Guatemalan indigenous woman Rigoberta Menchú Tum.

Meanwhile, the organizational scheme (decentralized, with a liaison body – rather than a directive one –, recognition and respect for the autonomy of its members, seeking consensus as a rule for decision-making, etc.) became the reference in the articulation processes that emerged in the heat of the Campaign, as is the case of the CLOC-Via Campesina, which even adopted the symbology.  And the same thing has happened with subsequent campaigns, such as the Continental Campaign against the FTAA, and other popular initiatives currently underway.

All this, in essence, demonstrates the capacity that the Campaign achieved in terms of connections to act globally, starting from local initiatives.  That is to say, something that is not seen at first sight, nor necessarily duly valued, came to light: the weaving of a communications fabric, of information networks, of spaces for interaction, etc., which are basic requirements for coordination.