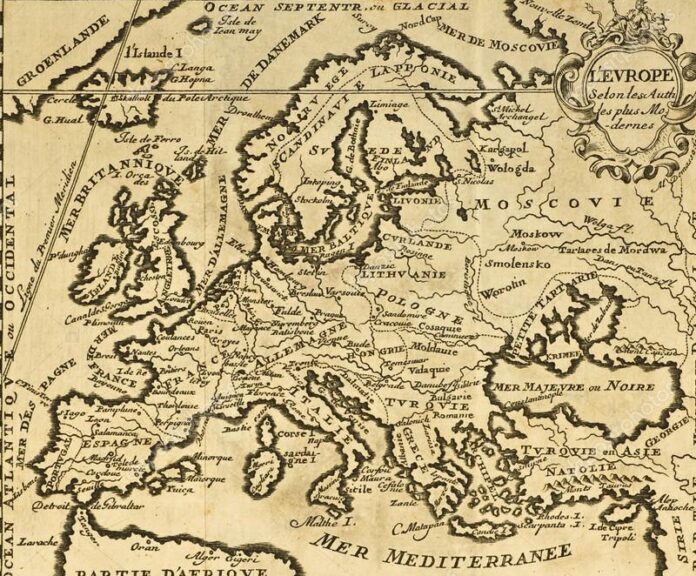 One hundred years after World War I, Europe’s leaders are sleepwalking toward a new, all-out war. As in 1914, they believe that the war in Ukraine will be limited and short-lived. In 1914, the word in Europe’s chancelleries was that the war would last three weeks. It lasted four years and resulted in more than 20 million deaths. As was the case in 1918, the dominant view today holds that it is necessary to inflict exemplary punishment on the aggressor, so as to leave it broken and humbled for a long time. In 1918, the defeated power was Germany (and the Ottoman Empire). There were dissenting voices (John Maynard Keynes and a few others) for whom the complete humbling of Germany would be disastrous in terms of the reconstruction of Europe and of a lasting peace on the continent and in the world. Their warnings were not heeded, and twenty-one years later Europe was again at war. There followed five years of destruction that left more than 70 million people dead. History does not repeat itself, nor does it seem to teach us anything, but it does illustrate and highlight similarities and differences. Let me offer two illustrations.

By 1914, Europe had been experiencing relative peace for a hundred years, a period during which there had been many wars, but of a limited and short-lived nature. The secret of this peace lay in the Congress of Vienna (1814-1815). Held with the purpose of putting an end to the cycle of change, turmoil and war that had been set in motion by the French Revolution and made worse by the Napoleonic wars, it led to a treaty that was signed nine days before Napoleon’s final defeat at Waterloo. The whole conference was dominated by conservative forces, and the period that followed came to be known as the Restoration (of the old European order). The reason that meeting in Vienna comes to mind at this time has to do with another of its aspects. It was chaired by Klemens von Metternich, a great Austrian statesman whose main concern was to bring together all the European powers, the victors and the vanquished, in order to ensure lasting peace. It was clear that the defeated power (France) would have to suffer the consequences (territorial losses), but it signed the treaty along with all the other powers (Austria, England, Russia and Prussia), with conditions being imposed on all so as to ensure lasting peace across Europe. And so it came to be.

When compared to the present situation, there are numerous differences. The main difference is that, although this time the war is also taking place in Europe, the warring parties are a European and a non-European power (Russia and the US, respectively). The conflict has all the characteristics of a proxy war, one in which the two sides use a third country – ‘the country of sacrifice’ (in the present case, Ukraine) – to achieve geostrategic goals that go well beyond the country in question and even the region to which it belongs (Europe). In fact, the only reason Russia is at war with Ukraine is because it is at war with NATO, an organization whose Supreme Allied Commander for Europe “is traditionally a US commander.”

As an organization, NATO has been at the service of US geostrategic interests, especially since the end of the first Cold War. Once a steadfast champion, in other geopolitical contexts, of the self-determination of peoples, Russia is now illegally sacrificing these same principles to assert its own security concerns, after failing to have them recognized through peaceful means, and out of an undisguised imperial nostalgia. For its part, since the end of the first Cold War the US has striven to deepen Russia’s defeat, a defeat which in fact was probably more self-inflicted than brought about by any superiority on the part of its opponent. For a brief period, the diplomatic debate in Washington was between ‘partnership for peace’ and ‘the expansion of NATO to ensure the security of the emerging countries of the Soviet bloc’. Under President Clinton, the latter policy prevailed. Albeit for different reasons, the US, too, sees Ukraine as the ‘country of sacrifice’. In this light, the ultimate goal of the war in Ukraine is to inflict an unconditional defeat on Russia, preferably one that leads to regime change in Moscow. The duration of the war depends on that goal.

Where is Russia’s incentive to end the war when the British Prime Minister permits himself to say that sanctions against Russia will continue, no matter what Russia’s position is at the present moment? Is it enough that Putin be ousted (as was the case with Napoleon in 1815), or is it Russia that needs to be ousted so that China’s expansion can be halted? There was also regime change in the 1918 humbling of Germany, but it all ended up leading to Hitler and an even more devastating war. President Zelensky’s political greatness could be construed as being either in recognition of the brave patriot who defends his country from the invader to the last drop of blood, or in recognition of the brave patriot who, faced with the imminence of so many innocent deaths and the asymmetry in military strength, successfully enlists the support of his allies to negotiate fiercely in order to secure a dignified peace. The fact that the former construction is now the prevalent one has probably little to do with President Zelensky’s personal preferences.

My second illustration of similarities and differences vis-à-vis the recent past concerns Europe’s geopolitical position. During the two world wars of the 20th century, Europe was the self-proclaimed center of the world. That is why we call them world wars. About four million of ‘Europe’s’ troops were in fact African and Asian, and many thousands of non-European deaths were the price paid by the inhabitants of remote colonies of the countries involved, sacrificed in a war that did not concern them. Now, however, Europe is but a small corner of the world, which the war in Ukraine will render even smaller. For centuries it was the farthest tip of Eurasia, the huge land mass that stretched from China to the Iberian Peninsula and witnessed the exchange of knowledge, products, scientific innovations and cultures. Much of what was later attributed to European exceptionalism (from the scientific revolution of the 16th century to the industrial revolution in the 19th century) cannot be understood, nor would it have been possible, without those centuries-old exchanges.

The war in Ukraine – especially if it goes on for too long – runs the risk not only of amputating one of Europe’s historic powers (Russia), but also of isolating it from the rest of the world, notably from China. The world is far bigger than what we get to see through European lenses. Seeing through these lenses, Europeans have never felt so strong, so close to their larger partner, so sure of standing on the right side of history, with the whole planet being run by the world of the ‘liberal order,’ a world finally feeling strong enough to go forth sometime soon and conquer – or at least neutralize – China, after having destroyed China’s main partner, Russia. Seeing through non-European lenses, on the other hand, Europe and the US stand haughtily all but alone, probably capable of winning one battle, but on their way to certain defeat in the war of history.

More than half of the world’s population lives in countries that have decided not to join the sanctions against Russia. Many of the UN countries that voted (rightly) against the illegal invasion of Ukraine did so based on their historical experience, which consisted in being invaded, not by Russia, but rather by the US, England, France or Israel. Their decision was not dictated by ignorance, but by precaution. How can they trust countries that created SWIFT – a financial transfer system aimed at protecting economic transactions against political interference – only to end up removing from that system a country on political grounds? Countries that arrogate to themselves the power to confiscate the financial and gold reserves of sovereign nations like Afghanistan, Venezuela and now Russia? Countries that trumpet freedom of expression as a sacrosanct universal value, but resort to censorship the moment they are exposed by it? Countries that are supposed to cherish democracy and yet have no qualms about staging a coup whenever an election goes against their interests? Countries in whose eyes the ‘dictator’ Nicolas Maduro becomes a trading partner overnight, because the circumstances have changed?

The world is no longer a place of innocence – if it ever was.