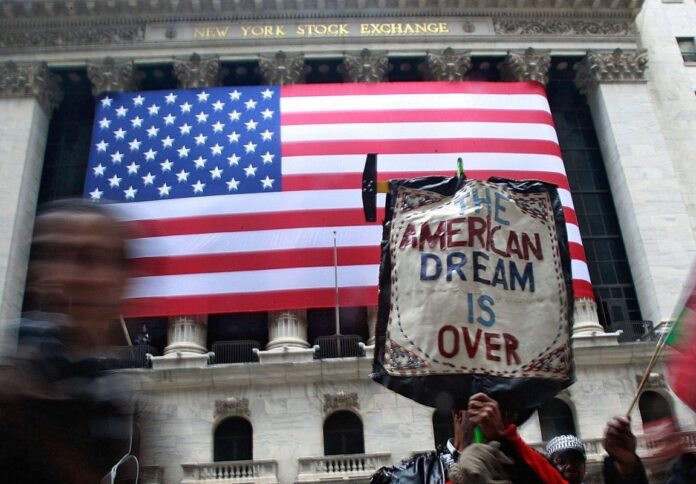 President Joe Biden has announced his intention to exclude Cuba and Venezuela from the Summit of the Americas scheduled for June 22. Under Secretary of State, Brian Nichols explained that non-democratic countries should be invited.

Deciding which countries can attend a regional summit is not considered authoritarian by a country that is historically responsible for thousands of military interventions in the region alone, for several dozen dictatorships, coups, destruction of democracies, and massacres of all kinds and colors since the nineteenth century until yesterday, under the authoritarian exercise of imposing its own laws on other countries and violating all agreements with inferior races that ceased to benefit it.

Washington and the big corporations it serves have not only been the promoters of the bloody capitalist dictatorships in the region since the 19th century, but also the main promoters of the much talked about /communism/ and of the current social, political, and economic reality of Cuba, Nicaragua, and Venezuela. Now that Governor Florida has signed a law to teach about the evils of communism in schools, it would be refreshing if teachers aren’t limited to the McDonald’s menu.

All those crimes and robberies at gunpoint have gone unpunished without exception. In 2010, the Obama administration apologized for the syphilis experiments in Guatemala, but nothing more than a tear. Impunity, the mother of all corruption, has been reinforced by a kind of Hiroshima Syndrome, for which every year the Japanese apologize to Washington for the atomic bombs they dropped on their own cities full of innocents.

A large part of Latin America has suffered and is suffering from the Hiroshima Syndrome for which not only are reparations not demanded for two hundred years of crimes against humanity, but the victim feels guilty of a cultural corruption inoculated by this same brutality. A few days ago, a lady received her brother at the Miami airport wrapped in an American flag while she yelled at him in Spanish: “/Welcome to the land of freedom/!” It is the morality of the slave, by which, for centuries, the oppressed tried to be “good blacks”, “good Indians”, “good Hispanics”, “good women”, “good poor” … That is, obedient exploited.

All this is framed within the economic interests of an empire (“God put our resources in other countries”). Still, the racial factor was essential in the fanaticism of the white enslaver and the black slave, the rich businessman and the poor worker. Currently, anti-racism movements in the United States have yielded to a convenient divorce whereby global thought and sensibility, macro politics, is annulled to make room for the micro-politics of atomized claims. One of them, the heroic and justified fight against racism loses perspective when it is forgotten that imperialism is not only an exercise in racism but that historically it was fueled by this moral calamity.

Before the emergence of the excuse of “the fight against communism,” the open justification was “to put an order in the republics of blacks”, because “blacks do not know how to govern themselves” or exploit their own resources. Once the cold war ended, racism was resorted to disguised as a “clash of civilizations” (Samuel Huntington) or financial interventions in regions with “sick cultures”, such as Latin America, or in lands with terrorists of other religions such as the Middle East, where, in Iraq alone, they left more than a million dead, without a name and without a well-defined figure, as tradition establishes.

This slave morality was and is a common practice. In 2021, for example, the conservative’s favorite California gubernatorial candidate, Larry Elder, argued that it is reasonable for whites to demand compensation for the abolition of slavery since blacks were their property. “Like it or not, slavery was legal,” Elder said. “Their legal property was taken away from them after the Civil War, so you could make an argument that the people that are owed reparations are not only just Black people but also the people whose ‘property’ was taken away after the end of the Civil War.”

Elder is a black lawyer through his mother, father, grandparents, and great-great-grandparents. That is, a descendant of private property. By the same logic, Haiti paid this compensation to France for more than a century.

The California candidate’s proposal responded to movements calling for compensation for descendants of slaves. An argument against it is that we do not inherit the sufferings of our ancestors (something science has begun to question) and each one is responsible for their own destiny. Something very much of the Protestant ethic and world view: one is lost or saved alone. The Protestant doesn’t care if his brother or his daughter goes to hell if he deserves Paradise. Who is not happy in Paradise?

But the past is not only alive in culture. It is alive in our institutions and in how class privileges are organized. It would suffice to mention the electoral system of the United States, a direct legacy of the slave system, by which rural and white states have more representation than more diverse states and with ten times their approval. Through this system, in 2016 Trump became president with almost three million fewer votes than Clinton.

Post-slavery segregation is also alive today, with black, Chinese, and Latino ghettos crowded into large cities as an inheritance of the freedom won in 1865, but without economic support. In order not to continue with the policies of urban segregation with the layout of highways or the criminalization of certain drugs, all with the declared intention of keeping some ethnic groups in a state of perpetual servitude and demoralization. For not continuing with the fortunes amassed in the past that were transmitted to groups and families as in the Middle Ages, titles of nobility were transmitted.

I believe that Latin Americans are, at least, a few centuries behind in terms of economic reparation for destroyed democracies and dictatorships imposed at gunpoint. From the dispossession of half of the Mexican territory to reinstate slavery to the dictatorships in the protectorates, the banana wars at the beginning of the 20th century, the multiple massacres of workers, the destruction of democracies with the sole objective of eliminating popular protests and protecting the interests of large companies such as UFCo., ITT, Standard Oil Co., PepsiCo, or Anaconda Mining Co., all crimes officially recognized by Washington and the CIA, would be more than enough arguments to demand compensation.

However, as the logic of banks and investors indicates, reparation is always required from the victims. The same could be said of Europe that, for centuries, enriched itself with hundreds of tons of gold and silver from Latin America, or massacred tens of millions of Africans while stealing astronomical fortunes that prove “the way success” according to Vargas Llosa.

Washington is not in a position to moralize, neither inside nor outside its borders. But his arrogance stems from his historical ignorance or, more likely, from his faith in popular forgetfulness. Of course, since we are here to contribute, we remind him of his long history of killings and sermons. We remind you that there are a few pending accounts.

Of course, I can understand that the solutions, although possible and fair, are “too utopian”. That is why I would like to suggest, as my grandmother used to say on her farm in Uruguay: “gentlemen, You look prettier with your mouth, shut”.